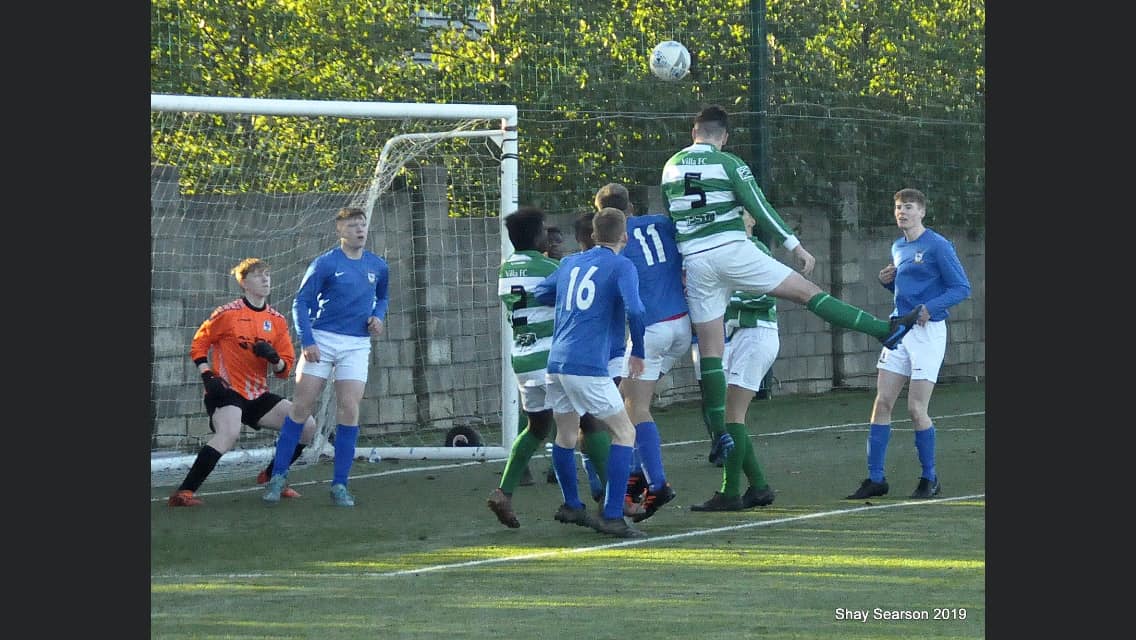 Today’s game for our Villa under 17 schoolboys was fought away to Ballyouster. A great team from Kildare playing in the DDSL, they set up a bit of a fortress this season as they have been undeafed at home.

As this was our 3rd game, we knew this was going to be a hard game to go in to.

The first half saw both teams play some great football but our Villa under 17 schoolboys had more chances. The deadlock was broken about 25 mins in when some good football through the middle saw Shane Keenan run on to a through ball from Owen Oseni. Shane gathered on the edge of the box, beat two men, and with lovely composite slotted past the keeper 0-1

The second half continued in the same vein as the first with both teams playing good flowing football. 15 minutes into the second however, a penalty was given for the home team who equalised 1-1.

With 8 minutes to go until possible extra time, a Scott Searson kickout saw the ball travel at least 3/4 of the way down the pitch to bounce over the last defender. Owen Oseni used his speed to make distance between himself and the last man before controlling with his first touch, luring out the opposition keeper, and hitting the net with his second 1-2.

The game was killed off with our second and the final whistle blew to give us the win.

Massive thanks to our opponents who battled hard and good luck to them in their season.